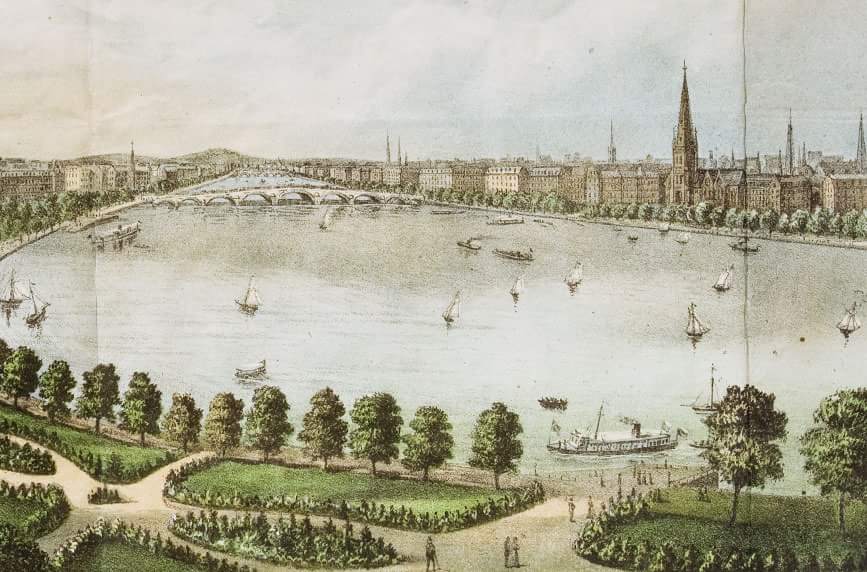 What do we consider to be “Visual Americana?” Simply, American history in images

The illustrated American history books we first encountered as children, and later as young students, appealed to us with their iconic images:

A portrait of Benjamin Franklin; an illustration of revolutionary Bostonians tarring and feathering the tax man; South Carolina’s The Union is Dissolved! broadside; An artist’s rendering of the yet-to-be-built Statue of Liberty. Images —whether prints, photographs, or original works of art— can capture moments in American history.

Over the passage of time, certain images can achieve an iconic status, representing one significant historic event or even symbolizing an entire era. 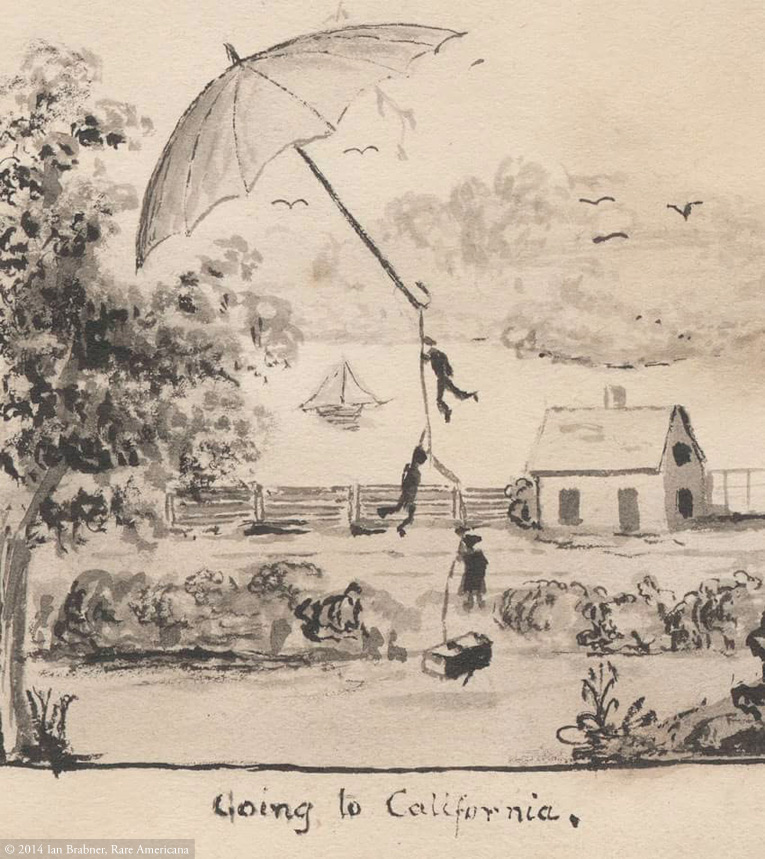 Going to California? These two men are in this superb whimsical original drawing dated 1849. These men will travel by air and umbrella, thank you. 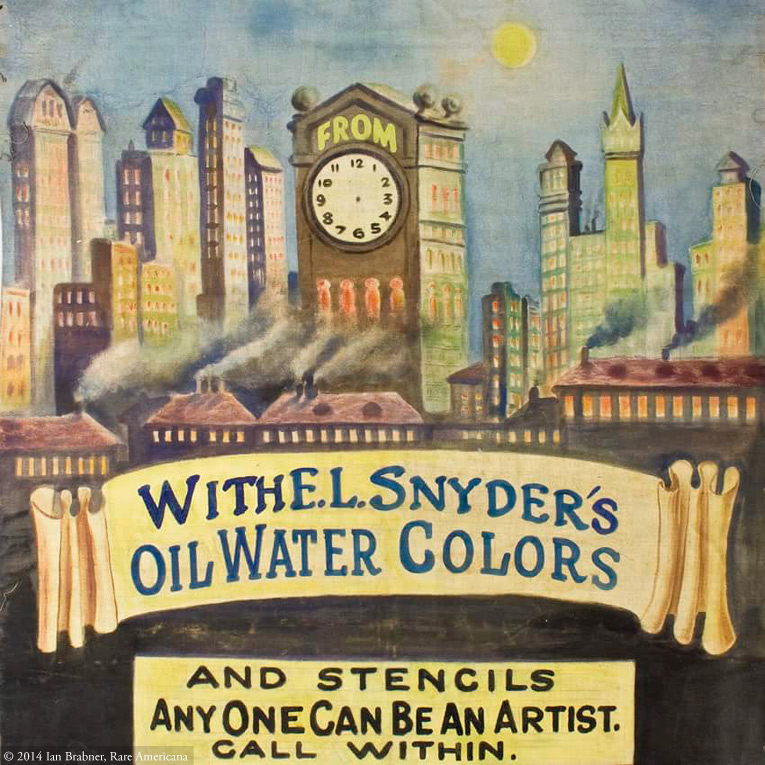 Some people never learn how to tell time. Others, paint cloth banners with a hands-free clock to teach painting to the public. Edith Snyder, vernacular American painter, created this vibrant and unique piece of American folk art.

For American history in graphics and images are firm focuses upon buying and selling visual Americana printed or created in the 18th century, 19th century, and early 20th century. 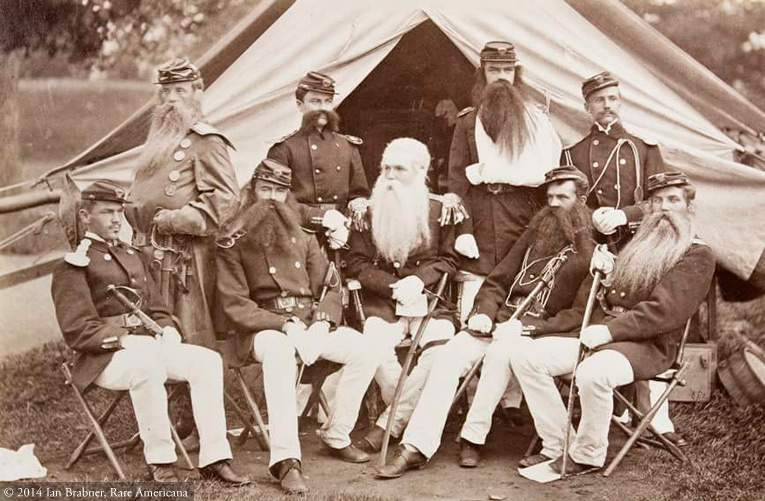 An albumen photograph from a West Point class album. Here, the impish cadets don fake wigs for their “portrait.” They will be tomorrow’s famous generals–or so they hope. Nineteenth century class albums, usually created by an outside photography firm specializing in such albums, were popular with numerous East Coast Ivy League schools.

These visual objects of American history, of everyday American life are attracting more attention today. They function as a visual shorthand.

As physical objects they often have interesting histories too. They become starting points to investigate a more complex historical context. 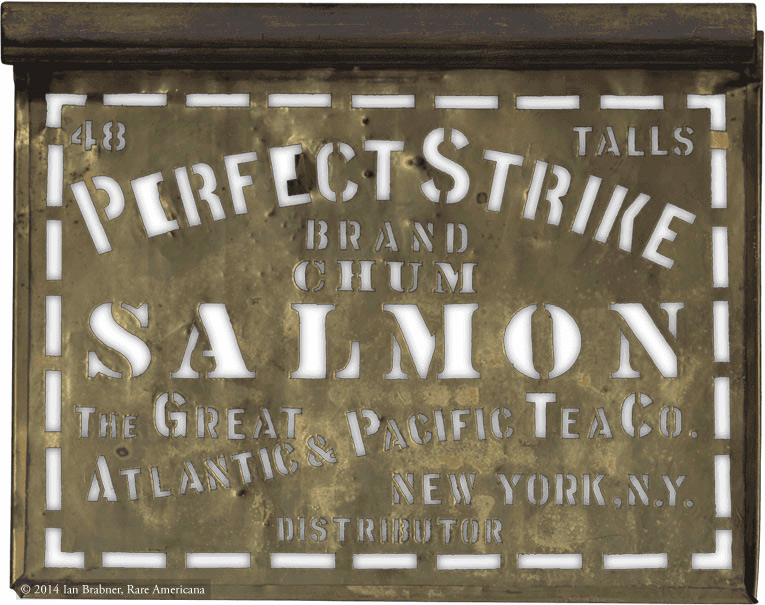 For whom was the image created? How does a manuscript map relate to printed forms? How has a depiction of slave quarters been idealized?

A visit to the Library of Congress is a great starting point to survey this collecting field. Their website features an outstanding selection of historical images from their collections: portrait and documentary photographs, maps, historic prints, visual graphics, architectural drawings, cartoons, etc. 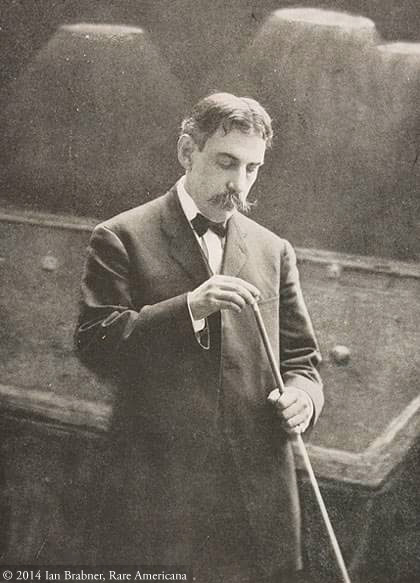 The champions of billiards circa 1915. A large poster-sized display of the game’s great pool hall professionals. 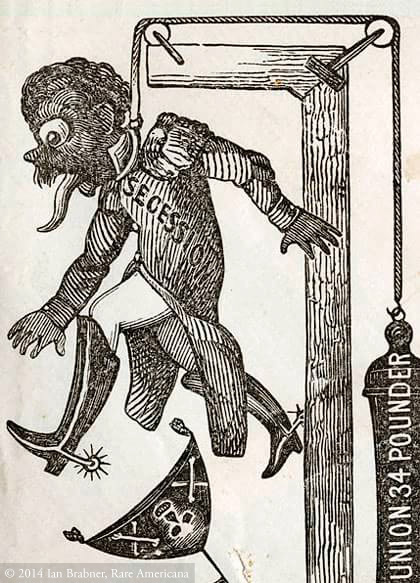 Another example of an American Civil War cover. With skull, spurs, and bones, a bit gruesome. A traitorous “secessionist” is hanged by the gibbet.