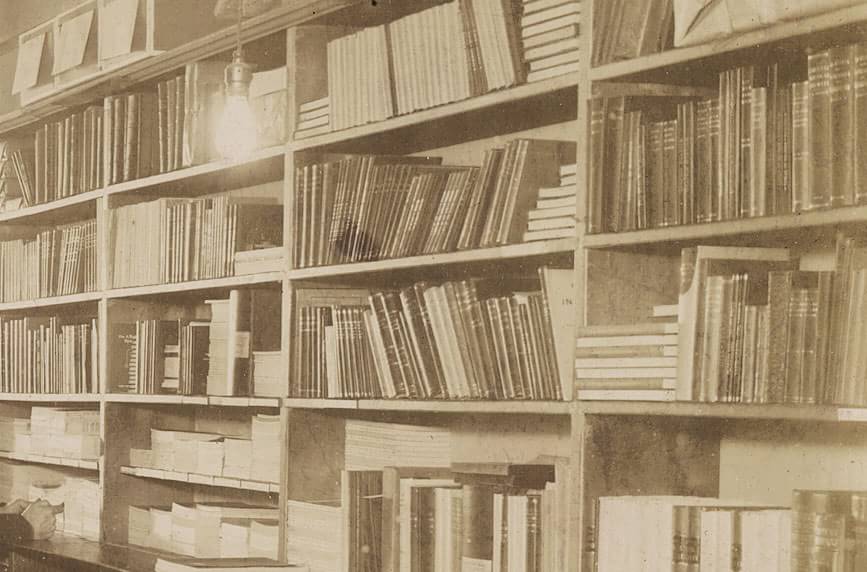 Since colonial days in American history, books and pamphlets have been printed throughout the land

The earliest printing in each colony or territory has been carefully noted by scholars.

Printing in the American Colonies began slowly, but by the end of the 18th century was widespread. Early American books and pamphlets – some now considered rare and significant and others not – were of a practical kind, e.g., religious tracts on good living, compendiums of law, and almanacs. 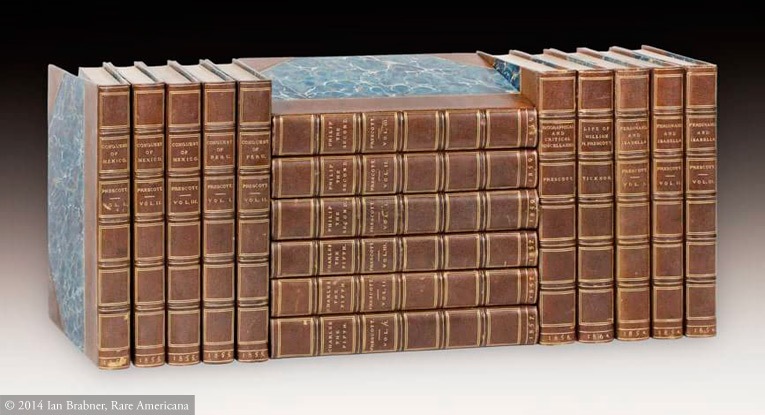 The traditional idea many people have when they thing of antiquarian or rare books; 19th century leather books with marbled sides and all-edges gilt.

Over time, more creative and literary works came to be written. These included works on politics, social causes like anti-slavery or women’s rights, medicine, and education. With more time and reflection came American biographies and histories.

The books and pamphlets Americans wrote came to reflect their diverse concerns and backgrounds. Printed newspapers, argumentative tracts, and books by pivotal figures in American history came to be rightly viewed as important sources of historical understanding. 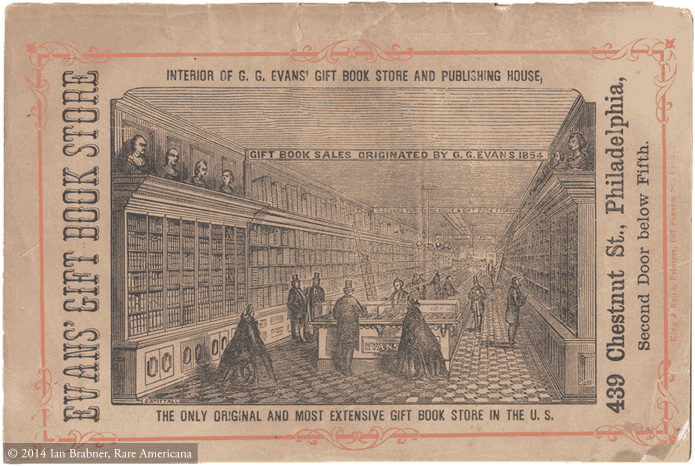 Like today, American trade catalogs in the 19th century were printed by American merchants to advertise, and sell, their goods. Here, Philadelphia publisher and bookseller George G. Evans advertises his extensive catalog of published book titles. Such trade catalogs are now rare. This trade catalog has a graphic on the rear wrapper showing Evans’ store. Books, now antiquarian or rare, fill the shelves. 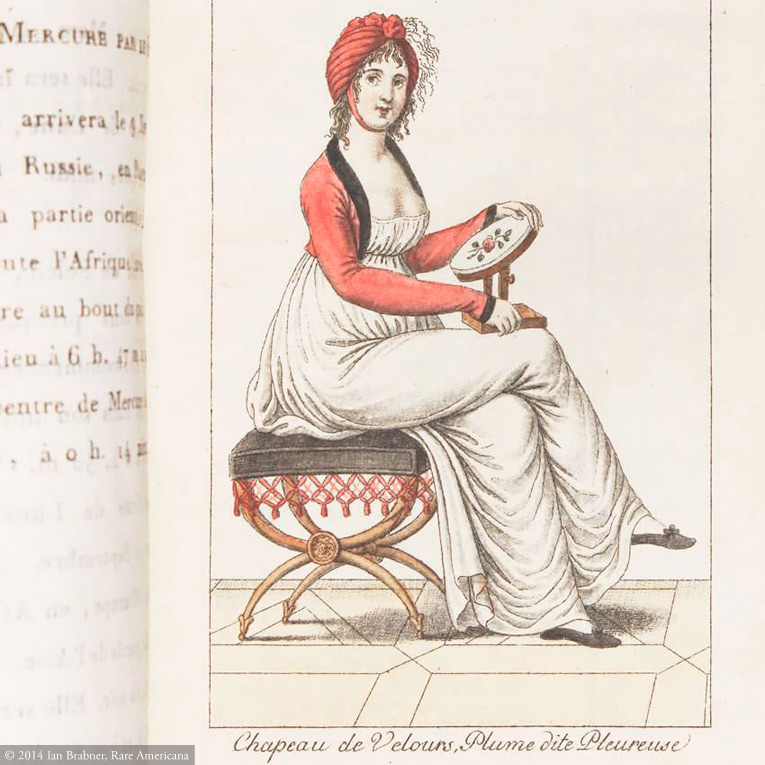 A rare book, an early 19th century “Philadelphia” almanac, but likely published in France for an American audience.

In the field of rare Americana, the printing, publishing, and bookbinding practices of the 18th century and 19th century can offer important areas of study and significant collecting opportunities for these rare books and pamphlets.

Marks of ownership and other inscriptions in rare books illustrate a cross-over interest between rare books and historical manuscripts. Discovering who owned and annotated a book – its provenance – may reveal the development of that person’s thinking or influences. Early American bookplates and other associations situate a particular copy of a book at a specific time and place. 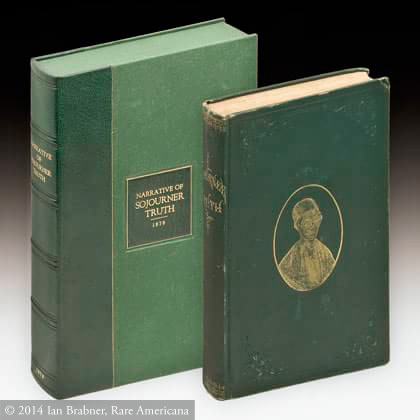 Like Harriet Tubman, Sojourner Truth was one of the most famous African-American women of 19th century America. Truth was an advocate for slaves and women seeking the rights men enjoyed. 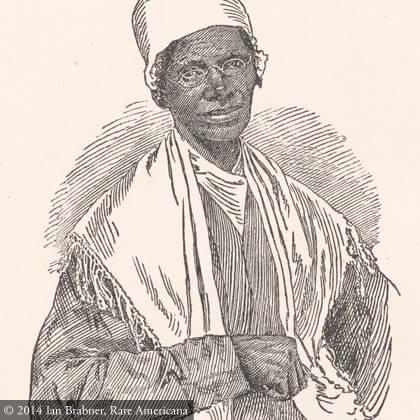 In the field of rare Americana, the printing, publishing, and bookbinding practices of the 18th century and 19th century can offer important areas of study and significant collecting opportunities for these rare books and pamphlets.

Why was a particular binding style in vogue during the 1840s? How was it decided what books were published and for whom? What books might adorn the bookshelves of a Southern gentleman? A plain northern yeoman? A cleric? A politician?

Popular subjects for 19th century American publishers were the heroic accounts of America’s ever-growing empire and military victories. This folding lithographic plate serves as the frontispiece for rare book from 1848 on the Mexican-American War.

Rare books, antiquarian books, and rare historical pamphlets can fascinate us as objects. Benjamin Franklin’s Cato Major is a fine example of 18th century colonial American printing, much admired. We can also appreciate rare books from the 1820s in plain publisher’s trade bindings as much as a rare book in a fine morocco binding with gilt decorations.

Meeting up with fellow book collectors is an excellent way to learn about rare books, 18th century and 19th century American history, and how to connect with the wider world of rare book collections and libraries.

Groups for collectors of antiquarian and rare books exist throughout the United States. The Fellowship of American Bibliophilic Societies can connect you with a club near you.