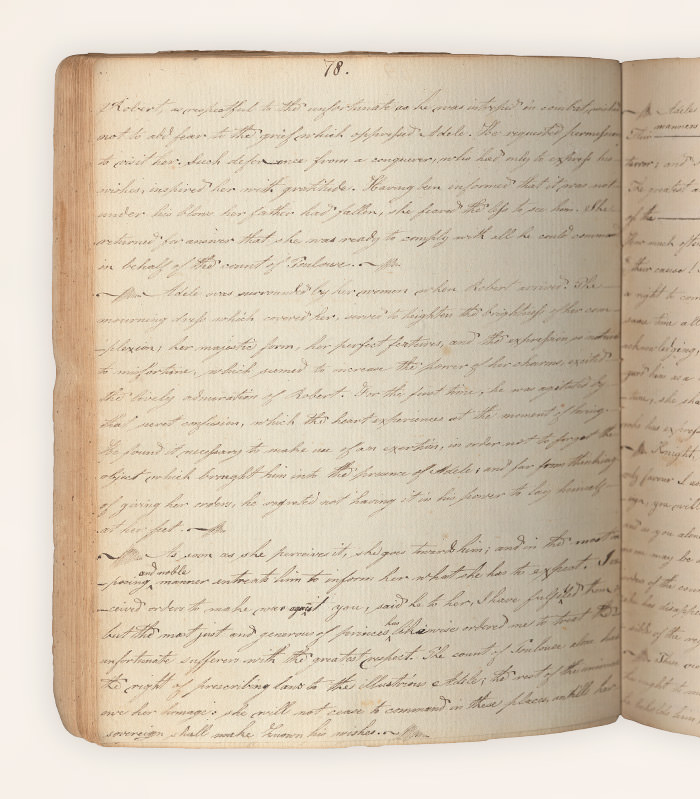 The handwriting of antique diaries, at first, can seem impossible to read. Don’t despair

Personally, I find early 20th century American handwriting to be challenging at times. (This may be because I read fewer 20th century antique diaries and significantly more diaries and journals from the 18th century and 19th century.) Even for professional historians who have invested countless hours reading antique diaries, many of these researchers will have their strengths, and weaknesses, depending upon time period and a diary’s region or origin of creation.

From approximately the 1850s and onwards, variations in handwriting in America began to multiply. Soon enough, a whole universe of divergently handwritten letters and diaries began to surface.

An antique diary could sometimes be oddly written in a vernacular, idiosyncratic style. The reasons might regional or simply specific to the individual who kept the diary.

An old diary could be written in a highly-styled calligraphic manner. The journaling of a young man traveling West, written in a dramatic hand, or handwritten with flowery violet ink, engrossed in a confident steady hand.

Handwritten diaries – typically portable – were kept by men and women of all walks of life, station, and class. Whether a young farm girl in New England recorded her daily life, or a politician kept track of the events during his election tour throughout the Southern States, these stories were written by hand. ‘Pocket’ diaries were common, but antique diaries and journals came in all sizes, shapes, styles, and bindings.

For over 20 years I have researched and cataloged rare historical antique diaries and journals written by Americans or written about Americans.  We’ve been fortunate to work with many old diaries, in hand, just as they were when they were first written within, during the lives of their owners in the 18th century and 19th century. A few favorites:

The Civil War Diary of U.S. Sailor Esbon C. Lambert of New Jersey featured the details of Lambert’s naval service aboard the gunboat USS Itasca at the Battle of Mobile Bay and included an autograph letter signed by Lambert describing the fight and its aftermath.

The 1860s Handwritten Diary of the Rev. William B. McKee (1829–?) told the story of this Reconstruction Era, Presbyterian minister as he struggled to minister in Lancaster County, Pennsylvania. In September of 1869 McKee writes in his diary:

The first anniversary of my present pastorate. One year ago I preached my introductory sermon to this congregation. I now look back to that day with no ordinary interest. I cannot say it is a joyful interest in all respects. I have joy and comfort in the fact that I have endeavored to preach the truth plainly and glorify my blessed Lord. I am sad in not seeing any fruit of my labor. I have no evidence that one soul has been led to Christ. My people seem to be in the same condition. The state of things in the congregation are less encouraging and then they were one year ago. So much coldness among the members, a great want of zeal and personal activity. There is a want of brotherly love and harmony of action. No increase of the congregation. Removal of some of the members. A gloom seems to hang over us. The members are not hopeful of prosperity. Some speak of the church’s failing before long to sustain itself. My soul is cast down within me. Why am I here? I did not seek the place. God I believe directed me here. The teaching of his providence seems to be plain in the case. When I examine my own heart and life, I see that I have been severely disciplined. My trials and temptations have been sore. The enemy came in upon my [me] like a flood. Never before was I placed under such a burden as I have borne for the last four months.

Such handwritten entries were typical for McKee.

The 1839–1843 Diary of Agnes Young McAllister revealed through her handwriting in manuscript the life of a middle-class young woman in Philadelphia. Agnes never married but she kept an active social life as her antique diary demonstrates. The entries within Agnes’ diary are written in a small confident hand. They reveal the social network and intellectual interests of Agnes was the daughter of Philadelphian, John McAllister, Jr. (1786–1877) and the maternal grand-daughter of printer and bookseller William Young (1755–1829).

An 1800s Shipwreck Diary for a Schooner out of Philadelphia and Sailing throughout the Caribbean to South America, Later Wrecked during a Gale on the Coast of the Isle of Pines, Cuba. Over fifty-seven handwritten pages this ship’s reckoning, journal, and logbook records several voyages taken by an American schooner among the islands of the Caribbean and along the northern coast of South America. The logbook culminates with a dramatic diary account of the vessel’s wrecking and the crew’s perilous encounter with crocodiles on the Isle of Pines off the coast of Cuba.

Many research libraries and institutions offer old diaries to be read from the comfort of your armchair. They have transcribed or digitized old diaries with historical significance from their collection. Almost without exception, all welcome historians, researchers, genealogists, and the curious to visit and see these old diaries – firsthand – within their departments of special collections or archives.

Here are three antique diaries online you can challenge yourself to decipher and read.

— An extraordinary 27-year antique diary of New England healer, midwife, and mother, Martha Ballard. Her original diary in two hand-sewn bound volumes, 1785–1812, were the basis for the PBS special, A Midwife’s Tale. Via the Film Study Center at Harvard University.

— The manuscript diary, 1822–1826, of an Irish-American printer bookseller, publisher, and economist, Mathew Carey of Philadelphia. The diary covers the first years of Carey’s retirement from business. Via the University of Pennsylvania.

— A 6 month diary of a young American woman living in the Philippines. Includes a visit to China. Also via the University of Pennsylvania.

If you get stuck, give me a shout, and tell me the page (or image page number) with the sentence or paragraph you’re stuck on. I’ll also send along some tips in an email.