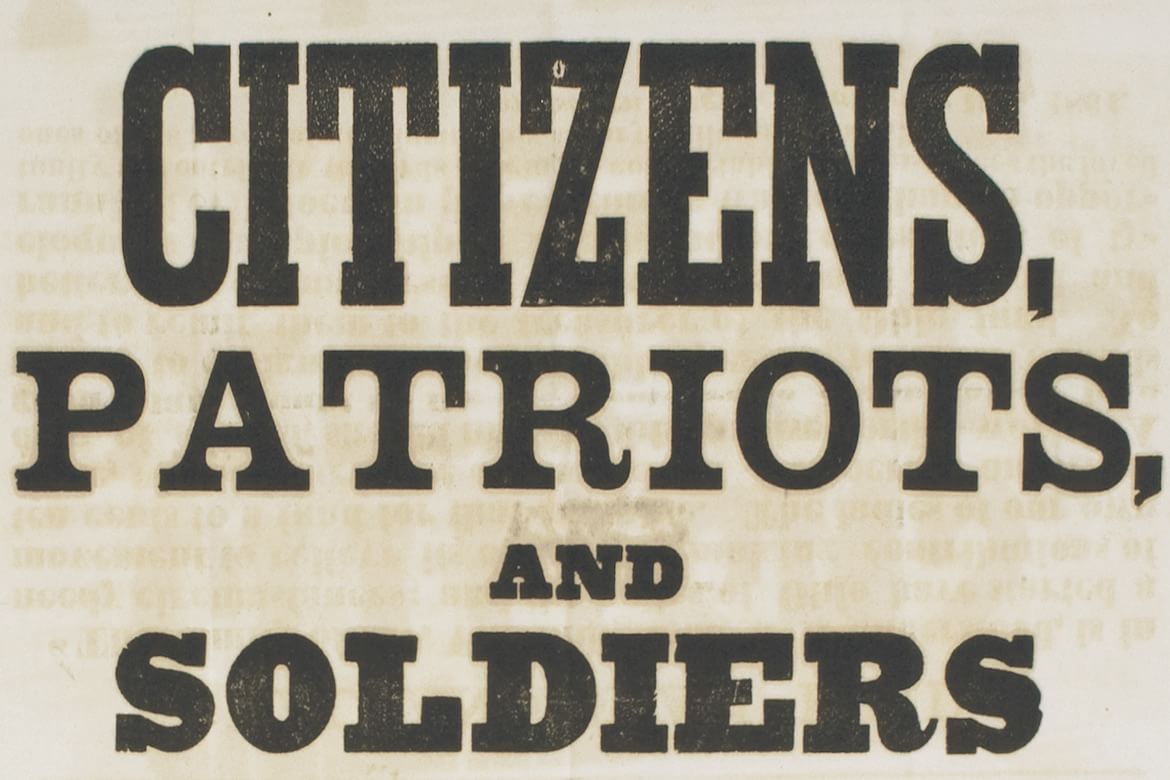 Clement Vallandigham did not call himself a “copperhead;” he was a “Son of Liberty”

A collector of the American Civil War might picture Southern war-mongering, secessionist broadsides and colorful Union army and militia recruiting posters, but can you picture an historical broadside published in the North in support of an prominent opponent of the Union cause?

Politics during the American Civil War in the North concerning the nature of the conflict were not as simple as some might think.

There were public dissenters, called “Copperheads,” who were opposed to Abraham Lincoln and in favor of peace with the Confederacy. One such man was Ohio Congressman Clement L. Vallandigham (1820–1871).

Vallandigham publicly expressed sympathy for the rebellious Confederates and was arrested. The charges specified:

…that the said Clement L. Vallandigham, a citizen of the State of Ohio, on or about the first day of May, 1863, at Mount Vernon, Knox County, Ohio, did publicly address a large meeting of citizens, and did utter sentiments in words, or in effect, as follows, declaring the present war “a wicked, cruel, and unnecessary war;” “a war not being waged for the preservation of the Union;” “a war for the purpose of crushing out liberty and erecting a depotism;” “a war for the freedom of the blacks and the enslavement of the whites;” stating “that if the Administration had so wished, the war could have been honorably terminated months ago;”… that “propositions by which the Northern States could be won back, and the South guaranteed their rights under the Constitution, had been rejected the day before the late battle of Fredericksburg, by Lincoln and his minions,” meaning thereby the President of the United States, and those under him in authority; charging “that the Government of the United States was about to appoint military marshals in every district, to restrain the people of their liberties, to deprive them of their rights and privileges ;” …declaring “that he was at all times, and upon all occasions, resolved to do what he could to defeat the attempts now being made to build up a monarchy upon the ruins of our free government;”… The Trial of Hon. Clement L. Vallandigham by a Military Commission, Cincinnati, 1863, pp11–12).

Vallandigham did not call himself a “copperhead;” he was a “Son of Liberty.” Kind of sounds like the American Revolution, complete with a despotic monarch! 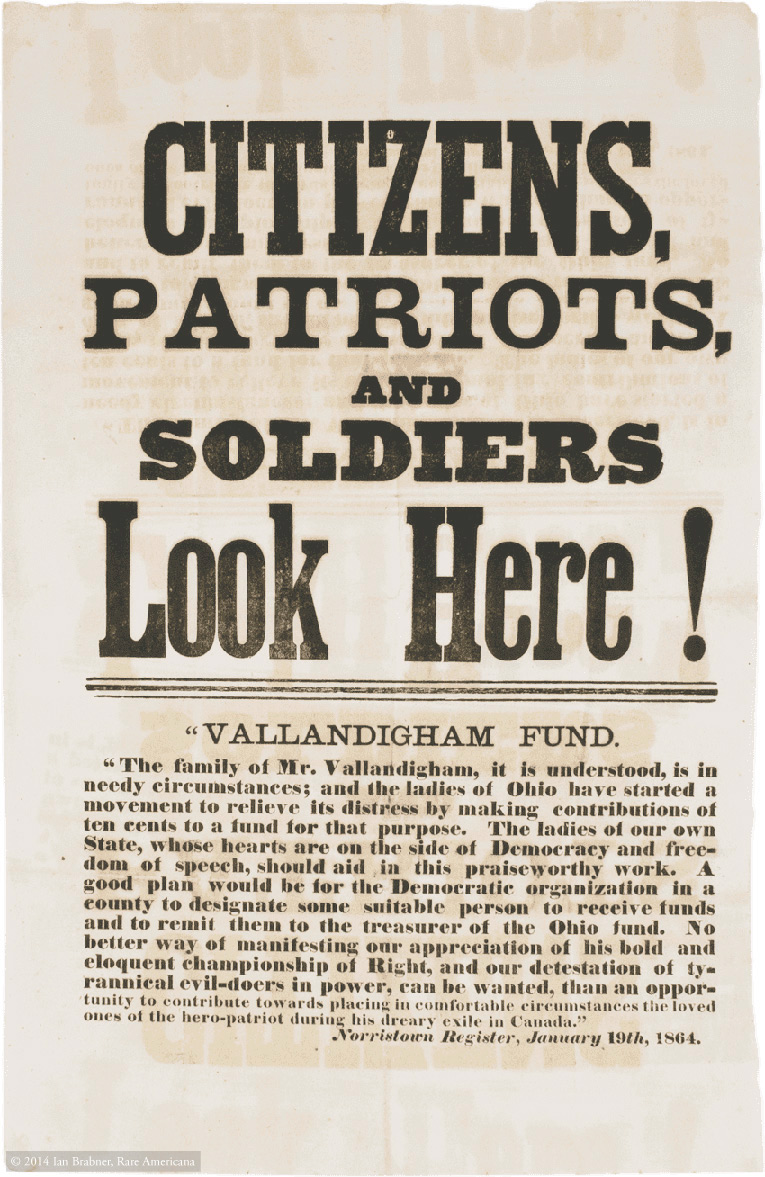 Convicted of the charges, Vallandigham was exiled to the Confederacy, but quickly ended up in Canada, just across the river from Detroit.

Among his many Union sympathizers during the American Civil War were some ladies in Pennsylvania who supported Vallandigham’s “praiseworthy work.”

The Pennsylvania women urged the women of Pennsylvania to subscribe to a fund being collected by ladies in Ohio “…towards placing in comfortable circumstances the loved ones of the hero-patriot during his dreary exile in Canada.”

It is interesting to see so themes of Americana being woven throughout an historical artifact like the Vallandigham broadside: war and peace, Union vs. secession, politics, women, public charity, Ohio, Pennsylvania, Abraham Lincoln. Some of these threads are plainly visible, but the others are there too, nonetheless.

To learn more, visit the Library of Congress’ website An American Time Capsule, Three Centuries of Broadsides and other printed Ephemera.