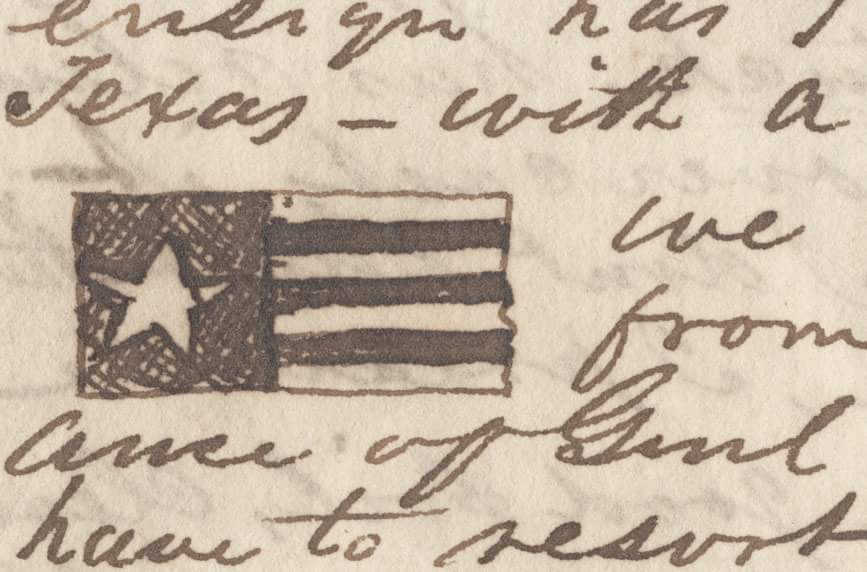 To illuminate the untold story of American history, we study rare manuscripts and letters; the handwritten history of America. When we read letters and diaries from the 18th century and 19th century we encounter people like ourselves. 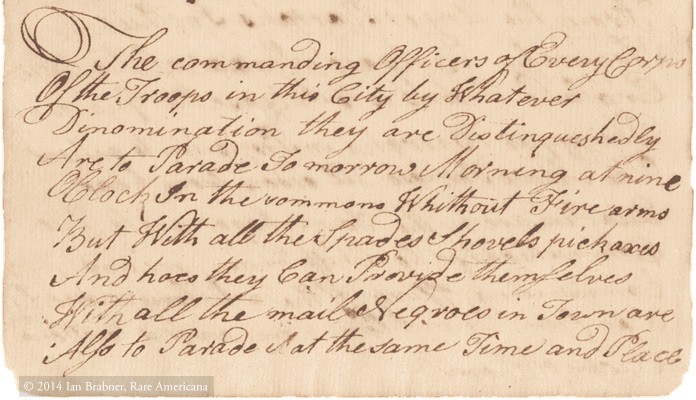 An image detail from a 1776 New York City Orderly Book. On this manuscript page, the troops of the Continental Army are ordered to prepare to parade without arms but with spades, shovels and pickaxes. All of the “mail [male] Negroes” are to parade in the same manner with the Continental Troops.

Through rare manuscripts, when we study the business records of a small business or a large factory, we begin to see how communities in 18th century and 19th century America were interconnected.

A “manuscript” in the strict sense means something hand written: an anti-slavery speech, once held in the hands of an abolitionist and orator, a ledger from a steam-powered saw mill, a stack of letters sent back home from a Civil War ancestor. Another example of rare manuscripts may be a collection of antique diaries from pioneer days in Texas accompanied by crude handwritten survey maps for a new railroad line. 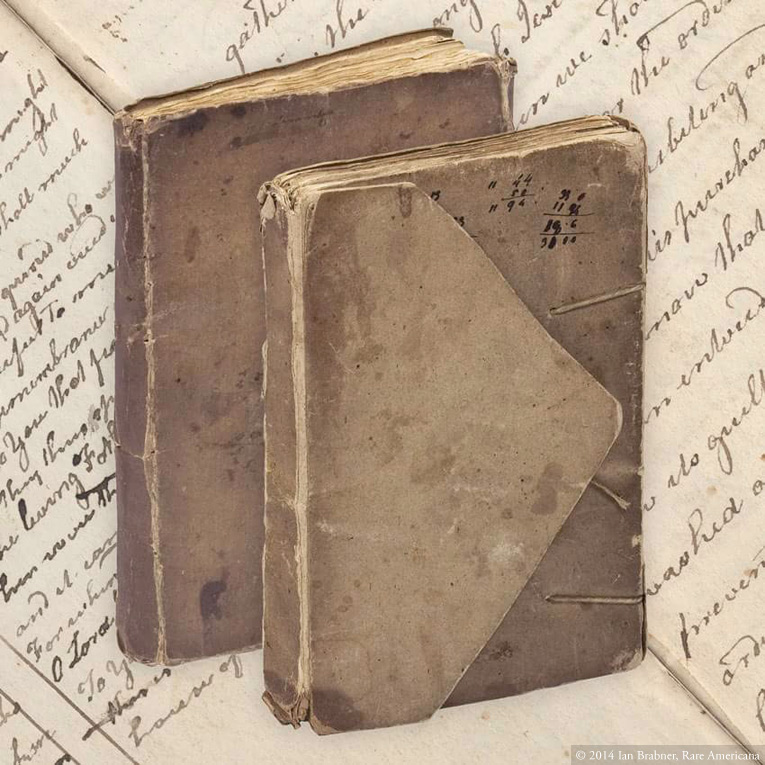 American Religion and the study of how it transferred from community to community in times of war and peace are seen through bound volumes of handwritten sermons.

Other kinds of rare manuscripts include legal depositions, a play’s typescript, scrapbooks, a teacher’s notebook, a musical score, a handwritten collection of poems with original illustrations, a farmer’s harvest wage book.

Rare manuscripts and letters are tangible records of daily life. Some of these artifacts we immediately “get” or understand. For example, we treasure the personal thoughts and observations found in family letters and diaries. 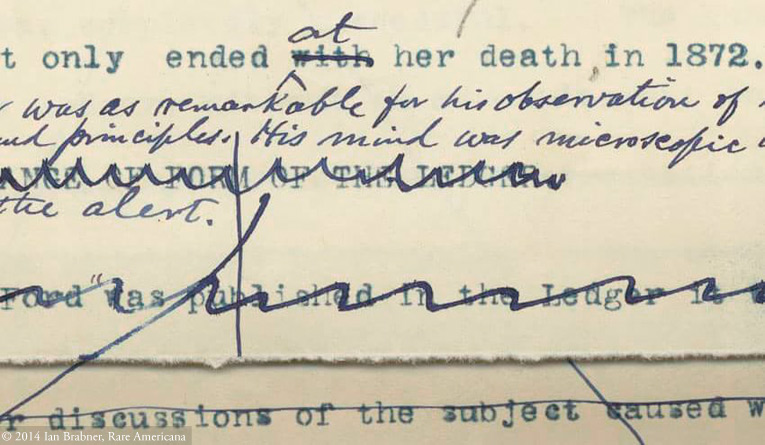 Some rare manuscripts, however, only reveal their significance after careful study. The seemingly mundane receipts, account books, and business letters of a defunct factory might reveal the existence of a long-disappeared workers’ village or document an important new technology. 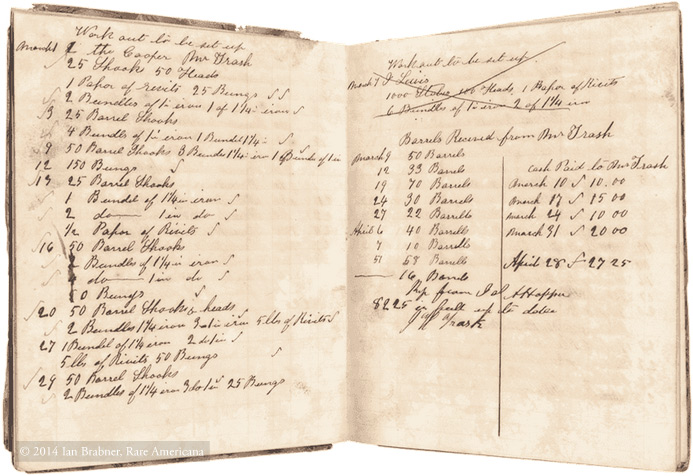 Hawaii American history can be seen by the people who emigrated to the islands. These were often New Englanders eager to pursue whaling profits in the 19th century. This 1865–1869 manuscript account book was kept by James Alexander Hopper. Hopper was an interesting soul. He made money from the whalers, ran a rice mill, and manufactured sugar kegs.

If you are interested in collecting rare manuscripts, consider visiting an exhibition of rare manuscripts at a historical society or university library. To belong to a group of like-minded collectors, consider joining The Manuscript Society.

For new collectors the opportunities for finding significant and meaningful autograph letters, correspondence or historical material are still vibrant across the 18th century, 19th century and, especially, the 20th century.

The history America is found in rare books, but it is also found through the original handwritten letters and historical and rare manuscripts from those who made that history. 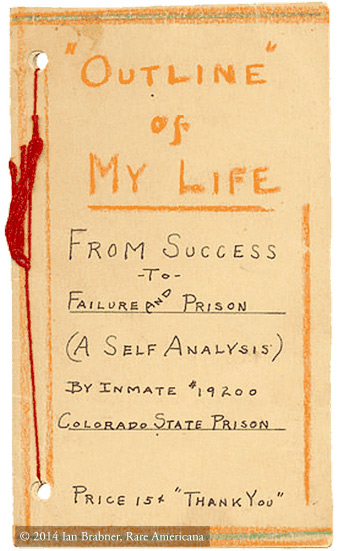 Prison narratives depict a side of life not often written about in the first-person narrative. This “publication” was for sale by Colorado State Prison inmate #19200 for ten cents.

Before the fad of “repurposing” old books and paper for artistic expression, thrifty 18th century Americans reused pages from their books.