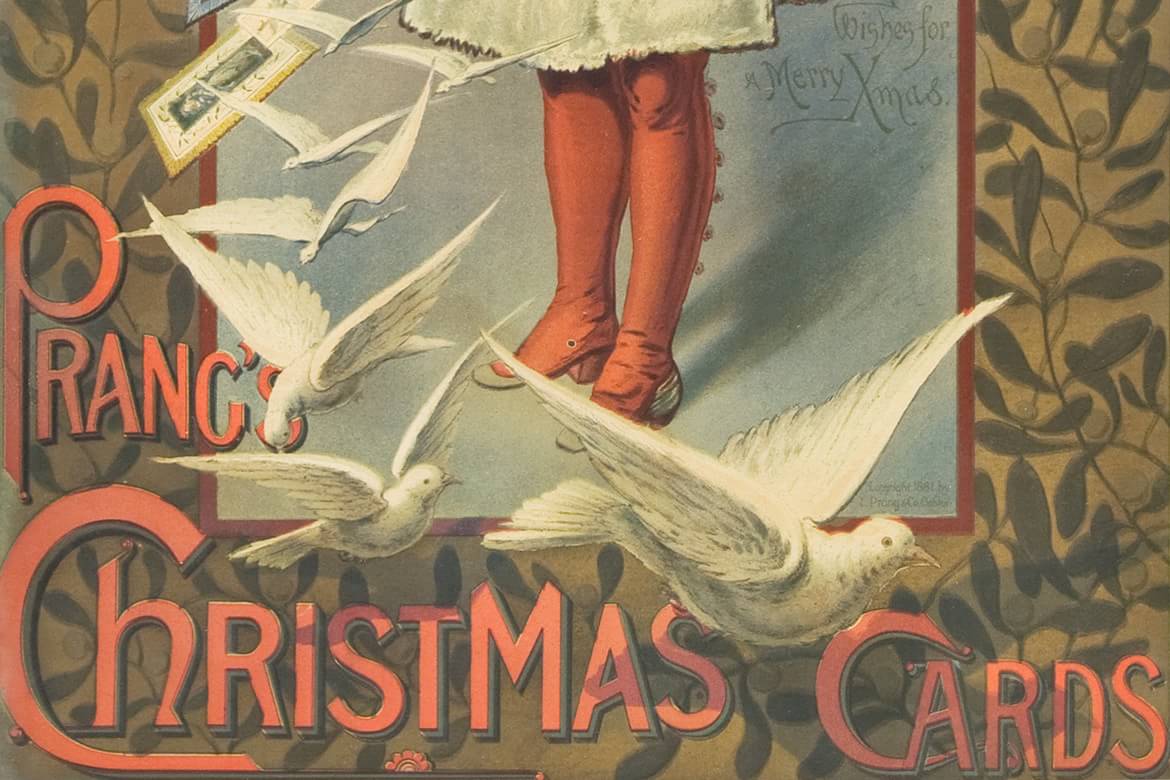 A spectacular chromolithograph broadside for Christmas cards from L. Prang & Co. of Boston

In this 19th century American broadside, Louis Prang’s Christmas greeting cards literally take wing. Each card transforms into messenger doves, each to deliver holiday cheer to loved ones and friends.

Louis Prang was a master of the chromolithograph and used this printing method to great effect, as seen here. In fact, Prang would become known as “The Father of the American Christmas Card.”

Instead of depositing her Christmas cards into a more prosaic mailbox for delivery, the little girl releases them into the world and they fly away. This marketing concept is clever.

A simple idea, this visual metaphor effectively demonstrated and romanticized for the nineteenth century buyer the ease of sending a colorful chromolithograph Prang Christmas card to a loved one. And at the end of the Christmas day, that was the point of Prang’s broadside: sell more Prang Christmas greeting cards.

Images of winged Mercury and the dove from the story of Noah’s Ark spring to mind. Today, a popular flower delivery service still evokes the winged messenger in its logo and advertisements. 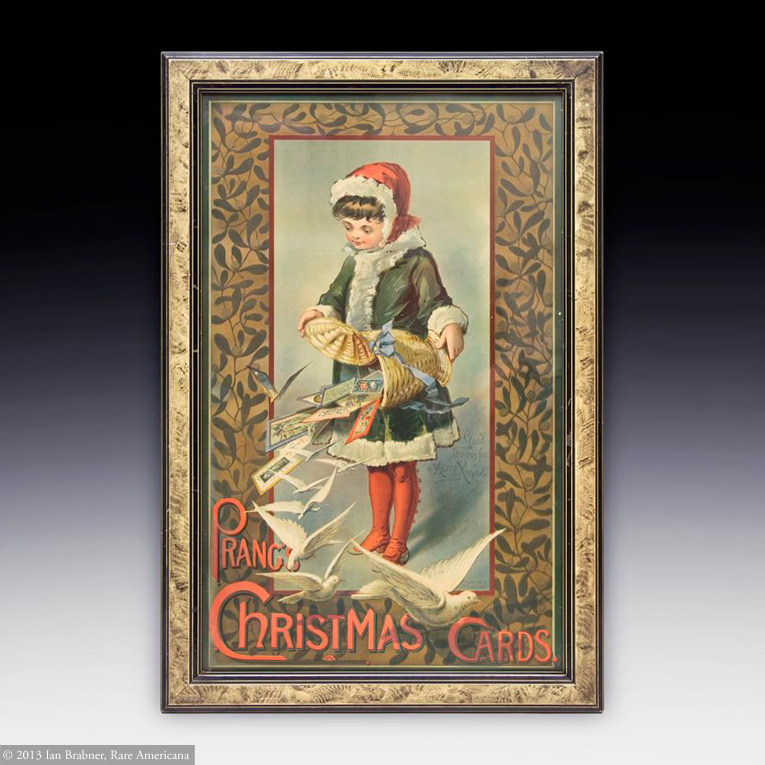 It is a rare to find late nineteenth century chromolithograph broadsides in such stunning condition as this example.

Working for another antiquarian bookseller, I remember years ago dealing with a shipping company in Japan. Shipping antiquarian books overseas is always fraught with little anxieties and difficulties.

The Japanese company’s logo depicted a mother cat carrying her kitten. I remember thinking how clever of the logo’s designer to show in a single image the idea of transport and care in handling.

Nowadays, FedEx Ground uses the image of a puppy carrying a package. But, think of those little teething puppy teeth and imagine your rare antiquarian book or pamphlets in close proximity. What could go wrong?

Prang’s Christmas Cards chromolithograph broadside, with its heavy, intricate border and typeface, shouts nineteenth century color printing. Its clever design is still fresh in the twenty-first century as it was two centuries ago in late 19th century American history.